At the occasion of International Women’s Day, we celebrate worldwide the contribution of women to the development of our societies. However, as underlined by this year’s Women’s Day’s motto, Inspire change, women and girls around the world continue to experience discrimination and violence in their everyday lives : this must change.

Discrimination and violence against women are a global scourge. In the absence of effective remedy, acts of violence against women far too often remain unpunished. According to a 2013 global review, 35 % of women worldwide experienced violence. Europe and China are no exception. Knowing and recognizing this reality is the first step in addressing the problem.

Violence against women violates fundamental rights. Too often, it is wrongly perceived as a “private” issue or condoned on grounds of tradition. However, apart from serious consequences for the health of victims, such as the spread of HIV and unwanted pregnancies, violence against women and girls also entails significant negative consequences and economic costs. Furthermore, the transmission of an experience of violence to the next generation may contribute to social instability. Violence against women and girls is an obstacle to development. Thus the public interest to act should be high, for the sake of building a prosperous society on the basis of equality and the rule of law.

While the experience of violence affects women of all social backgrounds, the specific situations of particularly vulnerable groups and individuals should be addressed as a matter of priority.

There is no uniform solution to addressing violence against women nor to ending impunity. In the European Union, countries have adopted a variety of approaches including awareness raising through education and campaigns, capacity training for judges and police, and strengthening the criminal, civil and administrative legal framework, including through eviction orders against perpetrators. Among these policies, women’s awareness of their own rights, and support for them to report cases remains a key factor for progress.

In China, gender equality is enshrined in the Constitution. Women’s organizations, such as the All China Women’s Federation as well as very active grass-roots NGOs, contribute to the improvement of the condition of women.

The draft law on family violence currently under discussion at the NPC is considered by stakeholders a historic opportunity to tackle the issue in a holistic manner by covering the quality and availability of support services such as shelters, legal aid and medical services, and improving the awareness and capacity of judges, prosecutors, police and lawyers. Once adopted and implemented, it could set a new standard for similar endeavors elsewhere.

As global players, China and the EU, are also called upon to further upgrade their efforts to contribute to the elimination of violence against women in other parts of the world. With the adoption in 2008 of its Guidelines on Violence against Women and Girls the EU has made this a priority of its Human Rights work in regard to third countries. Sadly, there is a great need to intensify cooperation to combat sexual violence in conflict situations. Women also need to be able to contribute more fully to peace efforts and nation building.

Let us, today, strengthen our resolve and join forces with the UN Secretary General’s UNiTE to End Violence against Women campaign. Let us not aim low. Our goal must be that women and girls everywhere can fully realize their right to a life free of violence – and can do so now. Our common goal must be to change and to inspire change. 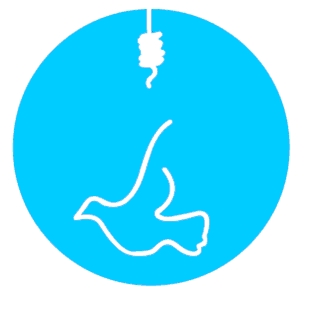