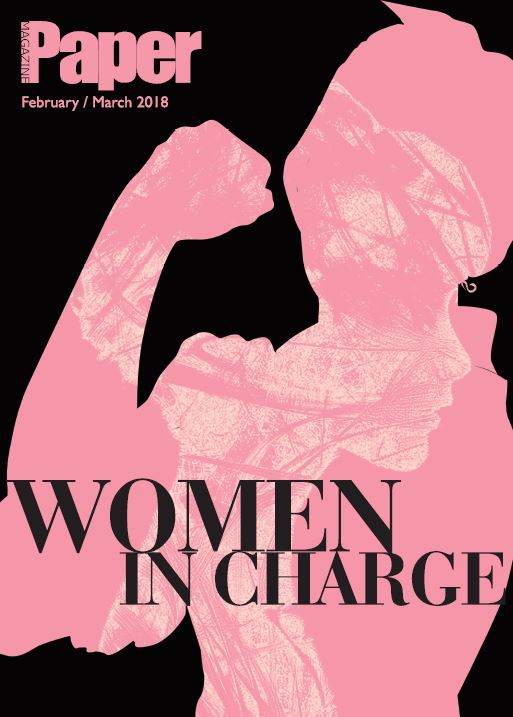 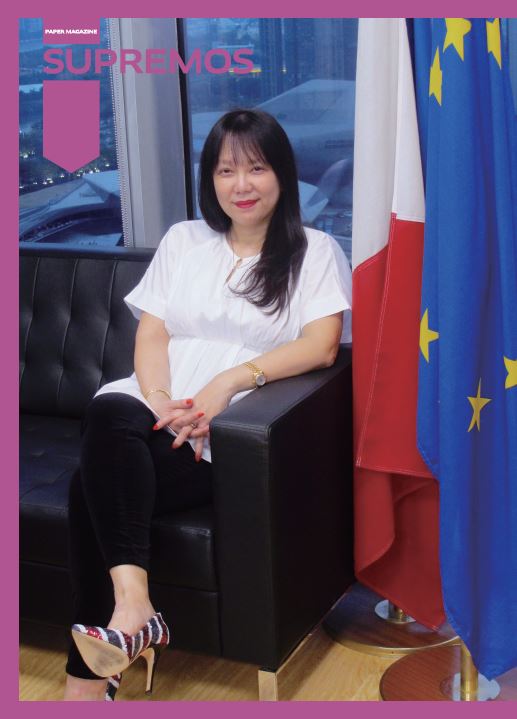 Twelve years ago, while she was based in Beijing, Ms. Siv Leng Chhuor accompanied then Ambassador ofFrance to China, to visit Guangzhou. Entranced by an energetic city, she quietly promised herself that shewould be back. As fate would have it, a decade later, she returned to Guangzhou to embark on a new challenge.

What inspired you to join the Foreign Service ?

Growing up in Cambodia and France, my childhood memories include a contrasting mix of the humid Southeast Asian weather and the snowy landscapes of France. Growing up against the backdrop of Angkor Wat and the Eiffel Tower, I learned to keep an open mind and quickly adapt to my surroundings. I am proud of being French and I am honoured to be able to represent France. I have a heart for Asia as well and this post in Guangzhou is a dream job for me. My experiences through the years have taught me that our differences make us stronger and understanding each other’s culture through dialogue will bring improvement to everyone’s lives. Joining the public service allows me to utilise my experiences to embrace differences and build bridges. As part of the Foreign Service, I get to satiate my wanderlust and thirst for knowledge to experience new cultures.

What were your thoughts on Guangzhou before being posted here ?

I have travelled to many countries and each has its’ charm. For example, New York is energetic and cosmopolitan and is also the headquarters of the United Nations, the symbol of multilateralism. France and China are two major supporters of multilateralism. As such, it is important to continually participate in these dialogues. China, as a country, is particularly important to me. I appreciate Chinese as a language and as a culture. In university, I studied Chinese before living in Beijing from 2004-2007. In 2006, when I first came to Guangzhou on a visit, I was struck by a city full of energy and promise, friendly people and fantastic food. A decade later, , even with the city increasingly urbanised, it is still an amazing mix of tradition and history. It helps that French and Cantonese food are among the best cuisines in the world. I love dim sum and char siu (Cantonese barbecued pork) and I hope that we can continue to strengthen our gastronomy culture exchanges.

What are some of your priorities in developing Sino-French relationship in 2018 ?

The French president recently visited China in early January to bring our two country’s’ already close partnership to a new level. In 2018, building upon our longstanding relationship especially in the economic and commercial fields, we hope to continue our growth on the economic and cultural front.

On the economic front, apart from the traditional sectors of energy and industrial equipment, we hope to strengthen our cooperation in new sectors such as sustainable development, new technologies and health care, including care for the elderly. France is a country of technological innovation and as showcased at the French Technological Hub in Shenzhen, we are vigorously supporting initiatives to establish France as a leading start-up nation.

We will continue to promote cultural exchanges through tourism and education. Last November, in Xiamen, we organised the Rencontres d’Arles, one of the most important cultural projects between our two countries. The third edition gathered more than 60,000 spectators and received widespread media cover in China, France and internationally. Both these pillars help to bridge understanding between the citizens of both nations. Following the footsteps of Chinese leaders, there are 30,000 Chinese students studying or on internship in France now. In 2017, we had 110,000 tourists from Southern China and we hope to continue growing this number.

With this issue celebrating the successes of women, who are your female role models and do you have any advice for women pursuing their careers ?

My mother, with her courage, her strength and infinite love has allowed me to be where I am today. Without my parents’ unconditional support through the years, life would have been even more challenging. I am also inspired by the multitude of women out there every day, working and struggling while triumphing against their own challenges. To quote Chairman Mao Zedong, “Women carry half the sky.” As such, women should go out there and do what they love and where they can flourish while maintaining balance in their lives.

As a Consul-General, your portfolio must be very full. How do you balance this and what are some of your interests outside of work ?

The secret to the balance is that I have a formidable French team in China. Not only is my team the most capable, the dynamic French community in Guangdong is an important part of the team here and I would like to thank them for their contribution. In my free time, I like watching movies. I recently watched Wolf Warrior 2 and I will be watching director Feng Xiaogang’s Youth and, a movie adaptation of my favourite French novel by Romain Gary, La promesse de l’aube (Promise at Dawn).

I also love sports and look forward to the 2022 Winter Olympics in China, followed by the 2024 Summer Olympics in France. In sports, our two countries will once again have opportunities for interaction and to further deepen our relationship.